You are here: Home » About FloodSax Instant Sandbags » Testimonials

This is a proactive approach that reduces the risk of residents needing to line up to get sandbags during inclement weather.  If the community had a handy supply at home, these critical resources could be deployed to better deal with flooding issues across the region.

FloodSax were put to a dramatic real-life test during the recent Queensland floods when the Blackwoods Bundaberg branch and a neighboring business were threatened with inundation. Quick thinking Branch Manager Darryl Turner grabbed the few FloodSax remaining in stock, and within minutes had placed them in front of all the threatened doors and roller doors.

This kept the building interiors intact, despite the water level rising well above the door thresholds, so Floodsax not only saved us time and money, but also spared us a messy cleanup.

I bought a home pack of FloodSax last year and was amazed at how they work and how it has saved me on several occasions from water damage caused by heavy rain. I am an elderly lady and have gone through the council process of collecting sandbags and found the ordeal very difficult. I highly recommend FloodSax for people who have trouble with traditional sandbags.

Victoria SES encourages all households and businesses to consider their readiness for floods and storms, including developing an emergency plan to deal with their effects

Northern Midlands Council used Floodsax in the January 2011 floods. Council’s Works Supervisor Leigh McCullagh and Assisting Supervisor Jonathan Galbraith stated that they work really well and that they are a lot easier and quicker than traditional sand bags. They are not heavy to carry and can be loaded straight onto vehicles without having to worry about filling with sand first etc.

FloodSax helped a family save their home from water damage caused by amazing flash flooding in suburban Moonee Ponds. Luckily they had a supply of Floodsax on hand as they had no time to call for assistance. Old drainage systems were unable to cope with the extreme deluge, turning streets and lane ways into rivers and stream in a matter of minutes. The entire family assisted in building a wall of Floodsax by using the floodwater itself to ‘ energise’ each bag. 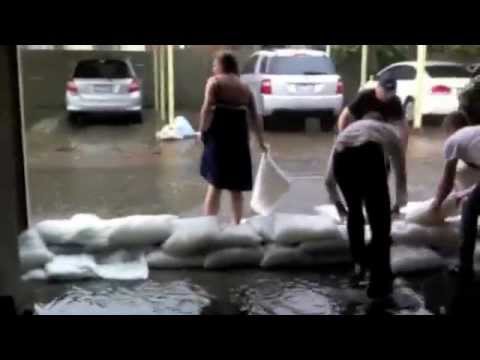